The Bangsamoro Autonomous Region in Muslim Mindanao
(“Bangsamoro” or “BARMM”, for short) 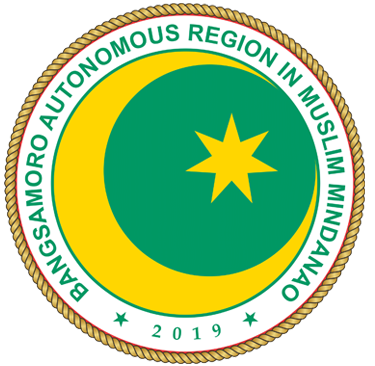 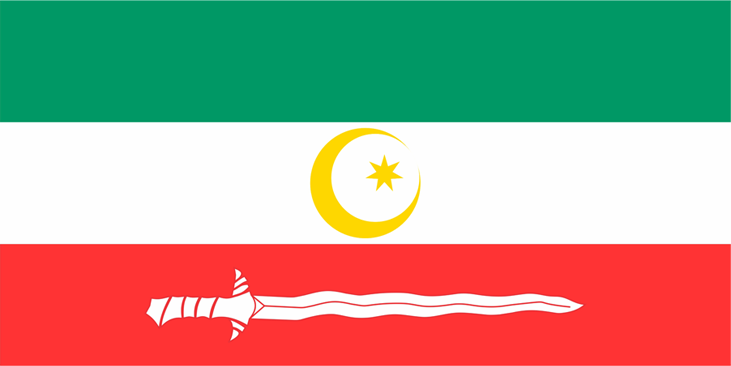 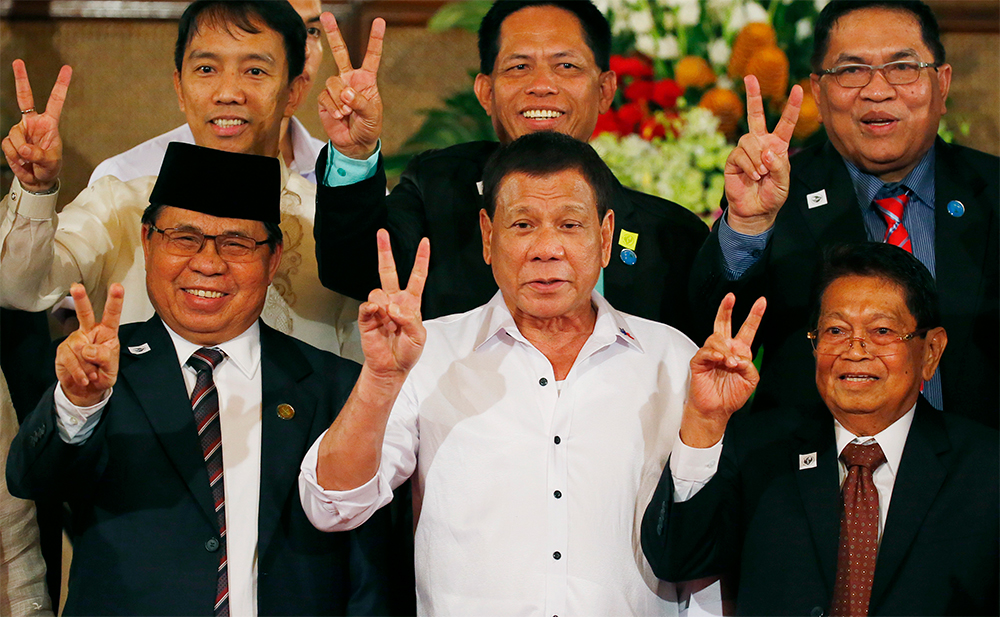 The history of the Bangsamoro people is characterized by distinct and diverse indigenous and Islamic cultures in pursuit of peaceful co-existence envisioning a glorious Bangsamoro homeland possessing noble qualities and virtues so as to create a brighter world that is united, upright, enlightened, just, progressive and devoid of conflict, corruption, decadence, and violence or war by putting in place dignity, honesty, modesty and respect to promote awareness, tranquility and understanding in order to perpetuate a godly, value-based heritage or worthy legacy disseminating and sharing information filled with inspiring accounts for constituents to be proud of their identity.

Despite notable accomplishments and persistent efforts thus far, the newly-installed, interim Bangsamoro government needs all the help to establish stable self-governance amidst seemingly insurmountable obstacles still facing lots of challenges ahead already demanding transitional period (2019–2022) to function properly in the political legitimacy normalization process towards good governance and state organization in line with the transformation into a effective working government, which involves lots of sensitive components, along with ensuring accountability and transparency guided by moral governance so as to combat corruption in order to unify the fragmented Bangsamoro society considering the complexity of conflict in the region. The biggest of these overwhelming tasks is “(M)eeting the demands of the underprivileged Moro people’s expectations”, who have been suffering oppression and marginalization for almost 50 years, identified as one of the most critical factors in successful transitioning from violence to sustainable peace in any post-conflict country which should not be underestimated considering the bigger picture in Mindanao and also having a direct impact on the whole Indo-Pacific region.

The establishment of Bangsamoro was the culmination of several years of peace talks between the Philippine government, and several autonomist groups. The latest version of the Bangsamoro Basic Law (BBL) which is acceptable to both the government and rebel groups started when President Rodrigo Roa Duterte signed the Bangsamoro Organic Law (BOL), now called the Organic Law for the BARMM (OLBARMM), on July 26, 2018; then ratified following a two-part, legally-binding plebiscite in Western Mindanao held on January 21 and February 6, 2019, and confirmed a few days later on January 25 by the Commission on Elections (COMELEC). OLBARMM is made to establish a new autonomous political entity in the Bangsamoro Autonomous Region (BAR) with the aim to bring peace by addressing the demands, grievances, and sentiments of Muslims in the region. BAR is a parliamentary-democratic government consists of an executive and a legislative branch and headed by the regional leader called the Chief Minister who will be chosen among members of the Bangsamoro government while its members will be elected by the people. OLBARMM will provide annual block grants and special development funds to be allotted for the rehabilitation of damaged communities in the Bangsamoro region. The amount of the block grant is 60 to 70 billion pesos – equivalent to five percent of the net national internal revenue collection of the Bureau of Internal Revenue and of the Bureau of Custom.

During its transition period into new political power order to be concluded with an exit document between the ratification of the BOL following the January 21, 2019 plebiscite and the inauguration of its first permanent government in 2022, the Bangsamoro Transition Authority (BTA) acts as a transition body to head the region exercising both executive and legislative powers pending the election. After said ratification, the Bangsamoro Transition Commission (BTC) begins to transition the Autonomous Region in Muslim Mindanao (ARMM) into the BARMM paving way for the abolition of the former to enable the formal creation of the Bangsamoro Autonomous Region. The BTA is to be organized pending the election in June 2022 of the new region's government officials which is set to reach completion after the first group of legislators, consisting of 80 members of parliament. BTA members took their oaths on February 22, 2019 along with the ceremonial confirmation of the plebiscite results of both the January 21, and February 6, 2019 votes. The official turnover from the ARMM to the Bangsamoro Autonomous Region took place on February 26, 2019 which meant the full abolition of the former. The inauguration of the BARMM and the inaugural session of the Bangsamoro Parliament took place on March 29, 2019, headed by its interim first Chief Minister and concurrent Chair of the Moro Islamic Liberation Front (MILF), Hon. Ahod “Al Haj Murad” B(alawag) Ebrahim. Under his leadership, the BTA has tried to institutionalize “moral governance” having been made a priority in the government’s 12-point agenda having approved the Transition Plan and the Bangsamoro Development Plan which provide the basis for running the interim government that must accelerate the formation of a new organizational structure and bureaucrats in the process to effectively deliver services to the people as stipulated in the BOL.

Bangsamoro Organic Law: BARMM was established in view of the ratification of Republic Act No. 11054, referred to as the Bangsamoro Organic Law (BOL), to serve as a basic law for the region which was signed into law by President Rodrigo R. Duterte on July 26, 2018 adopting a parliamentary system in an area of a country with a presidential system of government, via a two-part legally-binding plebiscite in Western Mindanao held on January 21 and February 6, 2019; then consequently confirmed on January 25, 2019 by the Commission on Elections (COMELEC) organized by the national government replacing the now dissolved ARMM.

Organizational structure: Based on the Organic Law, the autonomous Bangsamoro government system is parliamentary-democratic similar to the one practiced in the United Kingdom which is based on a political party system.

Ceremonial: The ceremonial head of the region, selected and appointed by the Bangsamoro Parliament, is a Wa'lī who has ceremonial functions and powers such as moral guardianship of the territory and convocation and dissolution of its proposed legislature.

Council of Leaders: TThe Council of Leaders advises the Chief Minister on matters of governance of the autonomous region. It is roughly an equivalent of an unelected Senate, though only advisory, without legislative powers, and not part of the Parliament. The council consists of the: chief minister; members of the congress from the Bangsamoro; governors and mayors of chartered cities in the Bangsamoro; representatives of traditional leaders, non-Moro indigenous communities, women, settler communities, the Ulama, youth, and Bangsamoro communities outside the region; and. other sector representatives subject to mechanism laid out by the parliament.

Legislative: Under the BOL, the Bangsamoro Parliament serves as the legislature of the autonomous region, mandated to have 80 members and is led by the Speaker. The Wa'lī, a ceremonial head, could dissolve the parliament. Regional ordinances are created by the Bangsamoro Parliament, composed of Members of Parliament. Members are meant to be elected by direct vote. Regional elections are planned to be held one year after general elections (national and local) depending on legislation from Congress. Regional officials have a fixed term of three years, which can be extended by an act of Congress. The BTA was organized as a transition body pending the first Bangsamoro regional elections of new government officials in June 2022, with the first regular session of the parliament to be held in 2022.

Judiciary: BAR has its own regional justice system which applies Shari'ah to its residents like its predecessor ARMM. Unlike its predecessor though, the BOL which became effective as of August 10, 2018, has a provision for the creation of a Shari'ah High Court, which, if and when realized, would consist of five justices including a presiding justice and would oversee appellate courts, district courts, and circuit courts. Non-Muslims could also volunteer to submit themselves under the jurisdiction of Shari'ah law. The Bangsamoro justice system also recognizes traditional or tribal laws but these would only apply to disputes of indigenous peoples within the region.

Relation to the central government: BOL provides that BARMM "shall remain an integral and inseparable part of the national territory of the Republic." The President exercises general supervision over the Regional Chief Minister. The Regional Government has the power to create its own sources of revenues and to levy taxes, fees, and charges, subject to Constitutional provisions and the provisions of R.A. No. 11054.

Heritage (Cultural/Natural) Resources: The people of the Bangsamoro region, including Muslims, Lumads, and Christians represented by various ethnic groups have their own distinct architectures, intangible heritage, and craft arts. The region possesses a vast array of natural landscapes and seascapes with different types of environs. The mainland area includes the Liguasan Marsh, a proposed UNESCO tentative site, and Lake Lanao, one of the 17 most ancient lakes in the world. The Sulu archipelago region includes the Turtle Islands Wildlife Sanctuary (a UNESCO tentative site), Bongao Peak, and the Basilan Rainforest.

Geographic Delineation: BARMM is bordered, clockwise from the Northeast, by Northern Mindanao, SOCCSKSARGEN, the Moro Gulf, Celebes Sea, and the Sulu Sea.

Administrative divisions: As a Philippine administrative region and part of Mindanao island group, Bangsamoro’s local government units cover 5 provinces, namely, Basilan, Lanao del Sur, Maguindanao, Sulu, and Tawi Tawi, the independent component city of Cotabato, two (2) component cities (Lamitan and Jolo, the provincial capital of Basilan and Sulu, respectively), 116 municipalities, and 2,590 barangays (including select 63 out of 67 of Cotabato province handed over expanding territorial scope as a result of the plebiscite’s second part. The regional center is the City of Cotabato). The city of Isabela, despite being part of Basilan, and respective parent Cotabato province municipalities of added barangays are not under the administrative jurisdiction of the autonomous region.